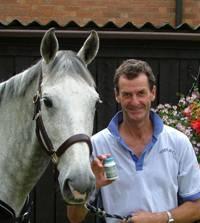 Not one to sit back and retire, Mark has returned to competition with a vengeance! In May 2008 he qualified for the 2008 Beijing Olympics at the three-day event in Samur, France.

I am 52 years old and competing in my fifth Olympics,” remarks Mark. “I use 4Life Transfer Factor Plus to help keep me at the top of my game.  It provides the well-being and healthy support I need to continue at top-level competition.”

Torah, an Olympic Gold and Silver medalist in the Half-pipe competition has also won two Gold and two Silver medals for her performance in the SuperPipe competition at the Winter X Games in Aspen, Colorado. (2006-2009). In 2013, she took 1st place at the Sprint U.S. Grand Prix at Copper Mountain, Colorado, USA.

Torah: “I’ve been taking 4Life products for a year now. I love them! If you’re looking for dietary supplements or a great business opportunity, 4Life is the way to go. I’m very excited to be a member of Team 4Life.”

As Australia’s most successful Winter Olympics athlete, Torah is preparing to compete in the Women’s SuperPipe competition for the 2015 Winter X Games in Aspen, Colorado.